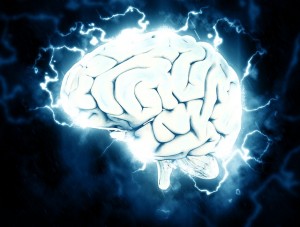 I had another discussion with my oncologist this week as regards evidence (or lack of) for ‘chemo brain’. Apparently there isn’t any definitive evidence that such a thing actually exists.

Well I let him know that, in my case, it most definitely does exist! I certainly suffered from it when I was going through chemo. It was worse in the first few days after each session. I found it difficult to think of everyday words, struggling to have a conversation, feeling as though your brain was fuzzy or mush, not able to concentrate for long on anything – reading, watching TV, working on the computer.

Perhaps it will add to the anecdotal evidence and people, particularly those dealing with those going through chemotherapy, will be more aware of it when talking to other patients or their family.

I have to say my concentration, thought processes and recall hasn’t entirely returned since. Those moments were you go into a room for something and then trying to remember what you came up in there for are more frequent.

Now it could be due to drugs or just age but more than a few people, who have been through either chemotherapy or the menopause, have mentioned the same thing.

Let me know your experience. Have you noticed the effects of ‘chemo brain’ – either during or after your treatment?